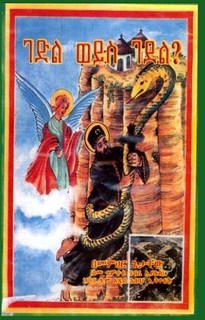 This book written in Amharic by a one named Memhir Getachew, critically explores, from an Ethiopian Protestant perspective, various ancient Mariologist, Saintly Homilies and original Ethiopian Kabbalistic and occult texts, most originally written in Ethiopic (Ge'ez) and translated in Amharic. Many of these works may have been translated from Hebrew, Coptic, Syriac, Aramaic and even Greek versions, now lost in those languages and preserved in Ethiopic and Amharic. Memhir Getachew attempts, somewhat successfully, by comparing the Holy Bible themes to certain aspects of the Ethiopian Occult Religion & ancient Spirituality of this 3,000 year old Highland culture.

Many of these strange and complex theological scrolls, like the "Bandlet of Righteousness," are still vigorously preserved in Ethiopia today in its occult uses by many Ethiopians Christians. These "magic" scrolls were prepared by the saintly Monks, mystic Debterras and the Rastafarian-like ancient Bahitawis (Ascetics) who were, and some still are, great scholars and adepts trained in the ancient Theology of the Ethiopian Orthodox (Tewahedo) monasteries. 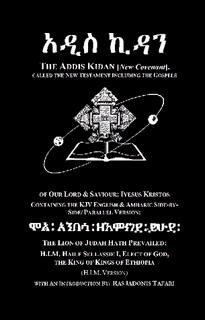 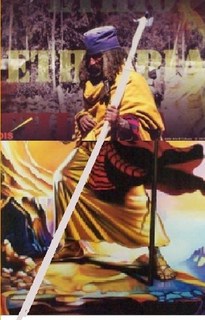 Ethiopic Book of Jubilees aka The Little Genesis (1902) 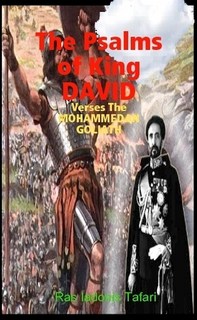