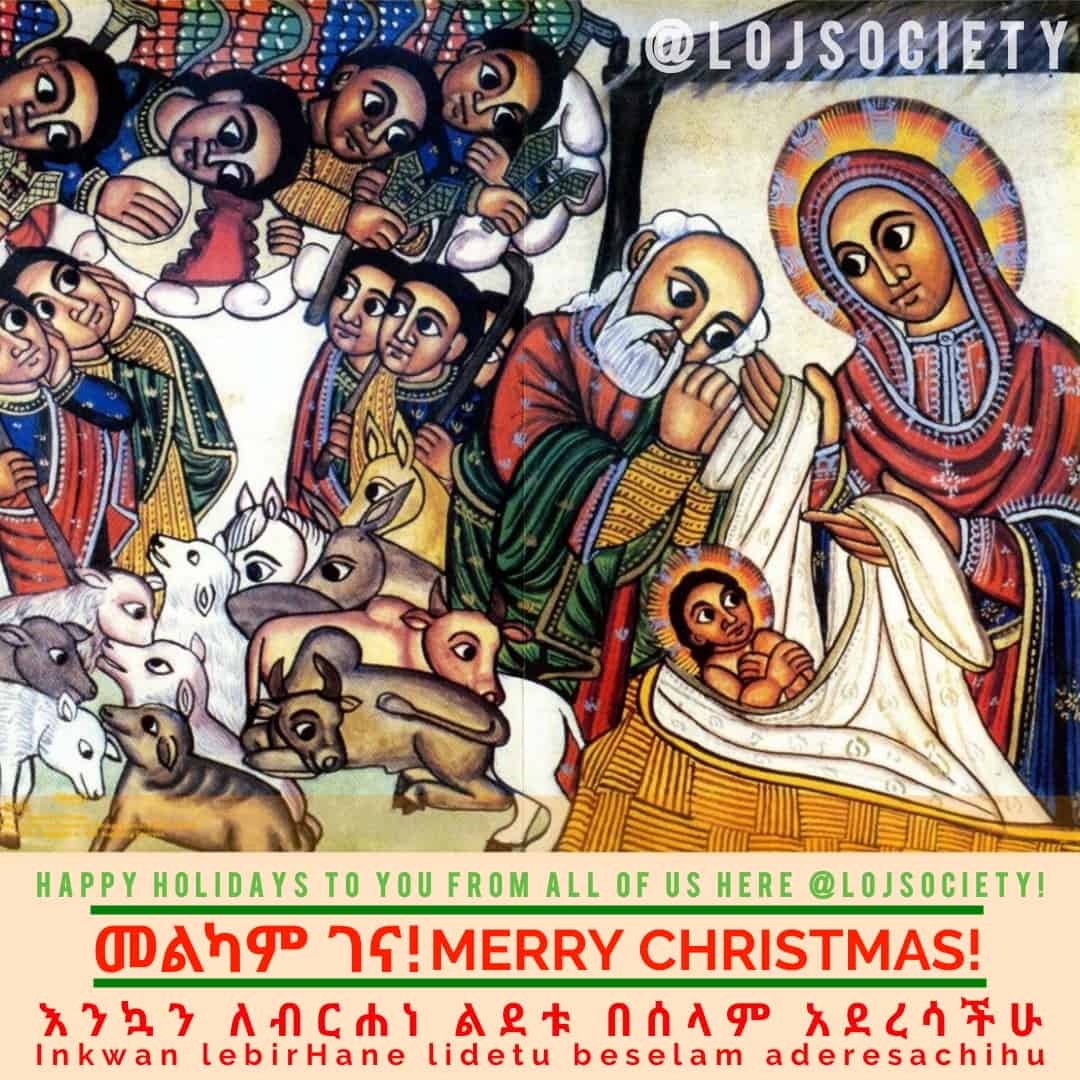 Genna is the name for Christmas in Ethiopia. Like many other Orthodox's who use the Julian calendar Christmas is celebrated on January 7th. Which is different to the Gregorian calendar which celebrate Christmas on December 25th.

The word comes from 'Gennana', meaning “imminent” to express the coming of the Lord and the freeing of mankind from sin. Genna is also the name given to a hockey-like ball game. Legend has it that when shepherds heard of the birth of Christ they rejoiced and started playing the game with their sticks. In some villages men and boys still play the traditional Genna game on Christmas day.

Christmas is a special celebration in Ethiopia. The celebration for many is started with a fast the day before with the service proceeding around 4am the next morning. At the Church men and women sit separately, many dressed in their traditional white costume (shamma). In Ethiopian Churches, many of the congratulation are sat or stood outdoors where they can be heard chanting and praying throughout. Sounds are provided by the choir and the priest who use a sistrum a percussion instrument with tinkling metal disks, makamiya, a long T-shaped prayer stick to keep the rhythm and church drums. The congratulation are given candles to burn and hold during the services.

Christmas is followed by the celebration of Timket (Epiphany) on January 19, a three-day celebration commemorating the baptism of Christ,.

Here at LOJSociety, we would like to wish all our brothers and sisters, our readers and followers a Melkam Genna today.

On January 7, Ethiopians celebrate Christmas with their neighbours, friends and families, and many of them attend church.

Orthodox Ethiopian Christians “fast” for 40 days before Gena, eating a diet without meat, fish, milk, butter or other animal products. On Gena they break the fast with a feast that includes dishes containing chicken, beef and lamb. In the days before Gena, you see people carrying live chickens on the streets and on minibuses, and sheep are everwhere to be seen, especially in condominium and apartment compounds and in the yards of people’s homes. There are people pushing, pulling, dragging, carrying sheep on their shoulders, maneuvering them into car trunks and taxis.

On the morning of Gena, all of these sheep, cows and chickens disappear after being killed and prepared for the Gena feast. You will, though, see sheep skulls lying around for pet dogs to eat, and on Gena there are people selling the animal skins on the streets.

Many Orthodox Christians, including the Ethiopian, Russian, Greek and Serbian Othodox churches, celebrate Christmas Day on January 7th. The reason for this is that their calendar is similar (but not identical) to the so-called Julian calendar, which was named after Julius Caesar, who began this calendar in 45BC. The Julian calendar had 365 days in a year and 366 days every fourth (leap) year. Unfortunately, it was slightly inaccurate because it overestimated the length of a year by 11 minutes. That meant that every 400 years the world gained three days with the Julian calendar. (Let’s do the maths: 11 minutes gained per year multiplied by 400 years equals 4,400 minutes gained in 400 years. Divide 4,400 by 60 to give the number of hours gained, then by 24, to give the number of days gained…..answer is 3.05 days gained in 400 years.)

To compensate for this, in 1582 Pope Gregory XIII changed the calendar by making all years that are divisible by 100 non-leap years, unless they are also divisible by 400. For example, the years 1700, 1800 and 1900 are divisible by 100 but not by 400, so they were not leap years (but they were leap years in the Julian calendar). However, 1600 and 2000 were leap years because they are divisible by 400. If you lived through the year 2000, not only did you witness the turn of a new millenium, but also it was the only year with two zeros on the end of it since 1600 that was a leap year, and there won’t be another leap year with two zeros on the end of it until 2400. The new calendar of 1582 was called the Gregorian calendar after the Pope, and it is the calendar most countries use today.

It gets more confusing, because in Ethiopia the year right now is not 2020 (as we write), as it is in other countries: it is 2013.

Ethiopian Christmas tradition involves people playing a game called ganna or genna, which has some resemblance to hockey. it is said that shepherds in the era of Christ’s birth played a similar game with their crooks. It’s connection with Christmas is presumably that around the time of Christ’s birth, the shepherds who watched their flocks by night, and to whom the Angel of the Lord appeared, may well have been playing a game similar to genna with their crooks during the time that heavenly event took place.

Traditional Ethiopian food is served with injera (a healthy traditional Ethiopian round, spongy, flat bread made with the grain, teff) with wat, a stew that is often made with a popular spice called berbere. The wat can be made with lamb, beef, fish, goat or chicken and contains peas or lentils and vegetables. Doro wat, a stew made from chickens (doro), containing whole hard-boiled eggs (without the shell), is a particularly popular and delicious dish that’s eaten at Gena. Meat from sheep can be eaten as a stew (yebeg wat) or separately.

Following this delicious meal is a coffee ceremony. Coffee beans will be roasted in front of hosts and guests as the pan was passed around for everyone to savour the aroma, hmmmmmmm… just as the Ethiopian goatherd, Kaldi, may have done over a thousand years ago when he and his friends became the first humans known to drink coffee. The coffee is served with popcorn and sipped in the midst of the magical aroma of burning incense.

After the coffee ceremony, Tej will be served, a popular Ethiopian wine made from fermented honey, without grapes. Boiled extracts of the dried stems and leaves of a shrub called gesho are used as a source of natural yeasts to ferment the wine. Tej is bright yellow, sweet, slightly cloudy, and has a fairly high alcohol content.

Ethiopians generally don’t buy expensive Christmas presents for each other for Christmas. A gift of some coffee beans or some traditional homemade Ethiopian bread called defo dabbo, is very much appreciated. For a very special Christmas gift, you can buy your hosts a sheep, but you should let them know in advance so they can be prepared for it. If they own a house they will keep it in their yard tied up until it is ready to be killed and eaten. Otherwise, the sheep can be kept in an apartment complex for the day or two before Gena.

Gena is less about materialism and presents and more about it’s religious significance and about spending time with family and friends. Neighbours also come and go and there’s plenty of warmth, laughter and conversation.

In addition to Yom Kippur, The Talmud (Tractate Rosh Hashana 18b) discusses four fast days (based on Zechariah 8:19) that commemorate the destruction of the First and Second Temples and the exile of the Jewish People from their homeland. In addition, two other fast days are mentioned in the Rabbinical literature, yielding a total of six tzomot (seven if Yom Kippur is included).

"I appreciate there not being a paywall: it is more democratic for the media to be available for all and not a commodity to be purchased by a few. I’m happy to make a contribution so others with less means still have access to information" 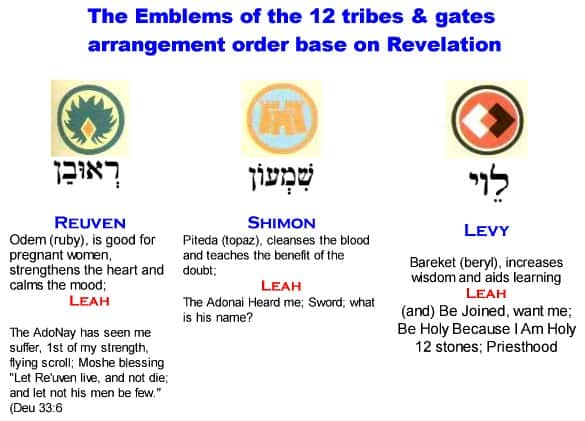 Emblems of 12 Tribes of Israel 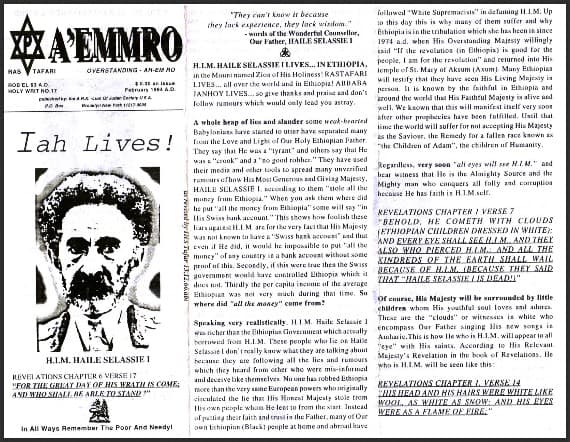 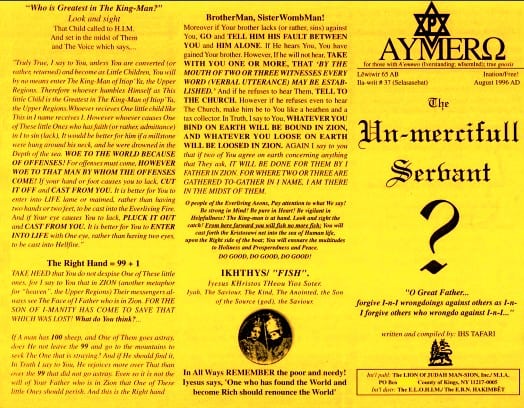