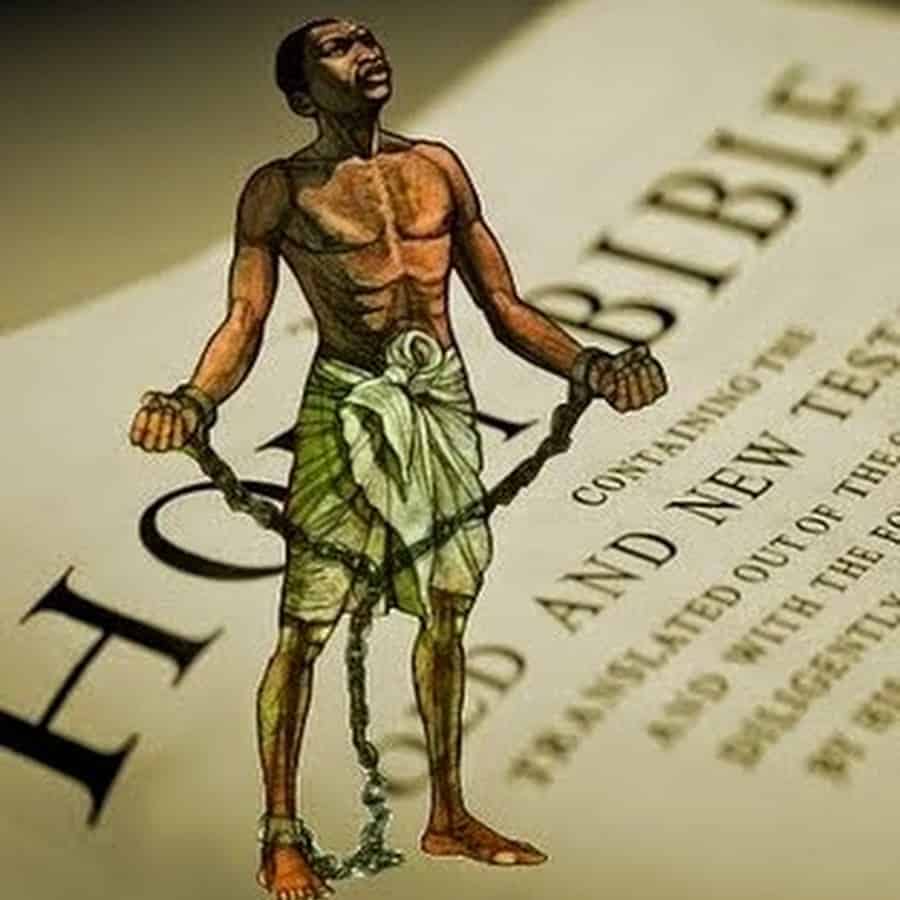 
John 15. The Holy Bible: King James Version.
...that ye love one another. The World's Hatred 18 ¶ If the world hate you, ye know that it hated me before it hated you. 19 If ye were of the world, the world would...

LYNCHING = GENTILE "CRUCIFIXION"! Why Does The World HATE The "BLACK" Messiah?  Why Do They Lie About "His Humanity" (His Blackness)?!!!

Acts 5. The Holy Bible: King James Version.
...to obey ELohim (God) rather than men. 30 The ELohim (God) of our fathers raised up YESHUWA (Iyesus; Jesus), whom ye slew and hanged on a tree. 31 Him hath ELohim (God) exalted with his right hand to be a Prince...

Acts 10. The Holy Bible: King James Version.
...all things which he did both in the land of the Judahites (Jews), and in Jerusalem; whom they slew and hanged on a tree: 40 him ELohim (God) raised up the third day, and showed him openly;...

Deuteronomy 21. The Holy Bible: King James Version.
...him on a tree: 23 his body shall not remain all night upon the tree, but thou shalt in any wise bury him that day; (for he that is hanged is accursed of [ELohim] God;) Gal  Gal. 3.13 that thy land be not defiled, which the YAHWEH (LORD) thy ELohim (God) giveth thee for an inheritance.

The popular so-called "Christian" doctrine makes perfect sense when placed in the context of the so-called "black experience" in the Americas and the Caribbean.  Just consider, a man that was "lynched" or "hung on a tree" for the redemption, conversion and salvation of His "lost sheep" people is the very "Saviour of the World" is a very "African (Black)" concept and idea.  What's shocking and surprising is that most black people have rejected to see the truth in that light for so long and have ignorantly clung to a false belief in the "other" man-beast being their 'saviour' (more like "en-slaver") and their "Massah" (a form of the Hebrew word MeshiH; Moshiyach)?!!  That way of thinking is called "hatred of self" and we must ask and seek out the answer for 'why is that?'  Before 70 A.D. (anno domini) the fact that "Christos", the Anointed Messiah, ethnically speaking "Black" (an Ethiopian-Hebrew) wasn't an issue or even a debate in the first century.  Yet, most people, because of the "image of the beast" have been programmed over hundred of years, a couple of millennium, to view the biblical Saviour and His chosen people as being 'blond, blue-eyed' and so-called 'white' (albino).  Do you think that our story, the greatest story mistold, began in slavery or there abouts? Well it did.  The Holy Bible, even the King James Version bears witness to that.  Why don't you?!  Read the following and learn the Truth... The Reality of the Black Man in the Americas and the Caribbean.

John 15. The Holy Bible: King James Version.
...that ye love one another. The World's Hatred 18 ¶ If the world hate you, ye know that it hated me before it hated you. 19 If ye were of the world, the world would...

John 17. The Holy Bible: King James Version.
...have my joy fulfilled in themselves. 14 I have given them thy word; and the world hath hated them, because they are not of the world, even as I am not of the world....

So-called "white supremacy" and the anti-christos doctrine incarnated in flesh, for the past 2,000 plus years, has completely distorted and misrepresented the true and accurate teachings of Our Saviour, YEHOSHUWA HA-MOSHIYACH (Iyesus Kristos) and His Father, Our ABBA.  How many so-called "Jesus" (mispronounced Jee-Zeus) images, movies and other media has been created and re-created to decieve and mislead the people of the world?  Even though, from time to time, some of these movies or even the so-called pastors and preachers of Mock Christianity may have disseminated half-truths that may have, to some degree, address partial facts of the Saviour and the ALMIGHTY (EL SHADDAI), overall they have intentionally decieved and been decieved by their own deception.  Therefore, it is not possible to undue what they have maliciously done in a few minutes, moments, days or even weeks....  However, through the guidance of the Holy Spirit based upon the Word of Truth we are able to decipher, decode and deprogram the "core elements" and the "essentials" that will enable us, as a people, over time with Faith, Courage and a Just Cause to defeat the spiritual Goliath that is the "image of the beast" and "mock christianity".

Many people nowadays claim to be "christian" but never would image the Christ as a Woolly haired black man!   They say His race or His color doesn't matter.  They say that the fact that "His hairs and His head" is woolly or nappy like a Black person is not important.  Could these so-called Christians and "good people" of the world ever accept, in their present deceived condition, the return of the Messiah (the Christos) as an Ethiopian complexion, black skinned, woolly haired man?  What would they think when He returns in the "flesh" of a black man?  Would they accept His Holy Mother, Our Sister as the "Black Madonna" that she is?  Is this a racist statement and proposition? (As some falsely claim...?)  That is the fact and coming reality that they must be reminded of.  For the past 2,000 years (as of September 11th 2007) white supremacy and their anti-christ agents have preached a doctrine that has distorted the image of the saviour, his name, his mission (the goodnews) and his people, the Ethiopian-Hebrews (Psalm 87; Amos 9:7).

Message To Our HEBREW-ISRAELITE Brothers
An appeal to the Black Hebrew-Israelites to reconsider the rightful claims of H.I.M. HAILE SELLASSIE I based upon the teachings of Rabbi Matthews and the Commandment Keepers of Harlem, an original community of Black Jews from our recent history. Refer To The "Black Jews Of Harlem" By Howard M. Brotz.

We suggest that all newcomers take the time to download, print, read and study the free 3-fold tutorial that have been provided in order to familarize themselves with the overall ministry and goodnews message of the LOJ Society of His Imperial Majesty:

Because our people, so-called Black Americans, West Indians, Native and (Black) Hispanic "spanish-speakers" have been systematically and prophetically stripped of the "knowledge of self" the first step towards a comprehensive 're-awakening' or RE-BIRTH must be from the perspective of IDENTITY.  Our beloved but sadly lost people have little to no true "roots" of WHO THEY ARE and moreover WHO THEY WERE.  If one doesnt know who he was, how will he accurately know who he is?  Therefore, the LOJ ESSENTIALS beginners lessons must begin with the crucial issue of IDENTITY ORIENTATION presentations based upon the most current to the distant, ancient biblical and historical accurate origins of this 'peculiar people'......

Once identity along with basic elements of the biblical prophecy intimately connected with it has been re-established, then and only then is it possible, in a LAW-ABIDING WAY, to address the related issues of WHO'S WHO ON THE PLANET EARTH, HOW and WHY WE ARE IN THE CRISIS THAT WE ARE TODAY.

Various teaching modules have been created, adapted and employed for years in our active ministry in the community and around the world in our branch communities to reach and teach the 'lost (black) sheep" of the Bete ISRAEL, the modern-day so-called "Ethiopian-Hebrews".  Therefore, these pages contain overviews and summaries of the methods effectively used to awaken the 'dead' and lost souls to the accurate KNOWLEDGE OF SELF! 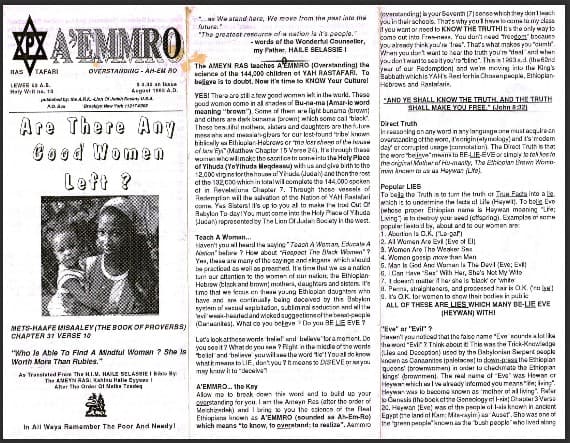 A’EMMRO | Rastafari Study Tracts #10 | Are There Any Good Women Left? 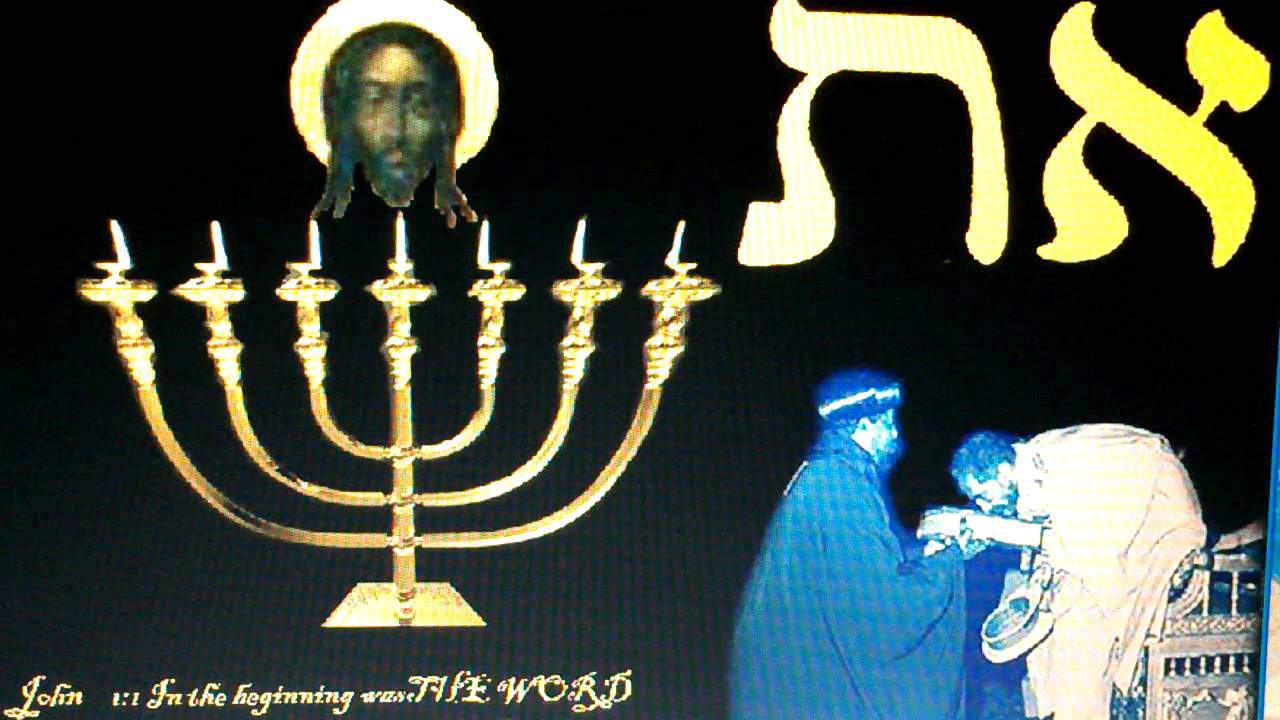 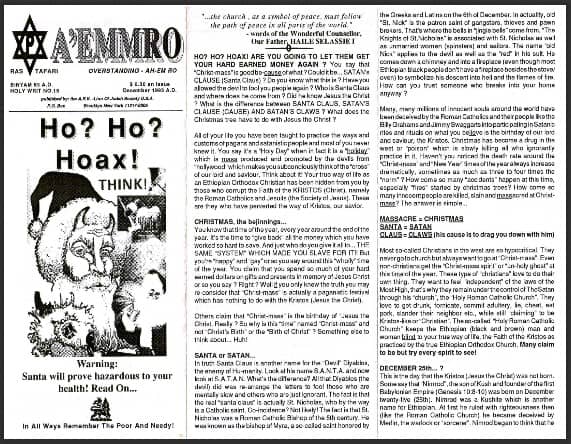 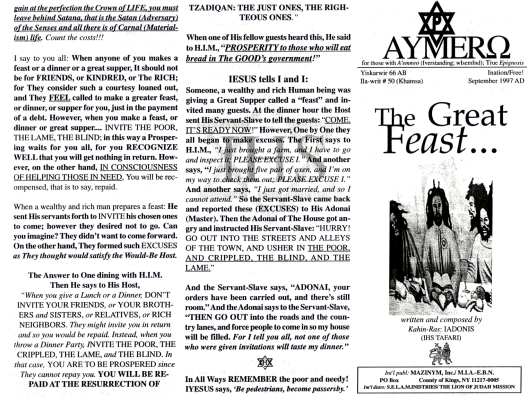