GEDLA ADAM: The Combat of Adam Against Satan; The Book of Adam & Eve translated by Rev. S.C. Malan, D.D. 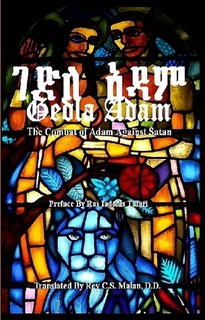 GEDLA ADAM: The Combat of Adam Against Satan; The [Ethiopic] Book of Adam and Eve, is also known as The Conflict of Adam and Eve with Satan is a Christian pseudepigraphical work found in Ge'ez. It was first translated from the Ge'ez Ethiopic version into German by August Dillmann. It was first translated into English by S. C. Malan from the German of Ernest Trumpp. The first half of Malan's translation is included as the "First Book of Adam and Eve" and the "Second Book of Adam and Eve" in The Lost Books of the Bible and the Forgotten Books of Eden. The Books mentioned below were added by Malan to his English translation; the Ethiopic is divided into sections of varying length, each dealing with a different subject. Books 1 and 2 begin immediately after the expulsion from the Garden of Eden, and end with the testament and translation of Enoch. Great emphasis is placed in Book 1 on Adam's sorrow and helplessness in the world outside the garden. 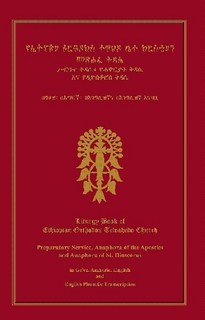 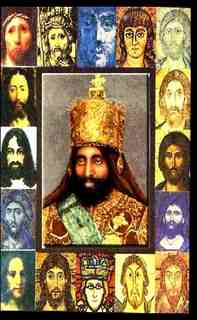 Gospel Of H.I.M. Haile Selassie I: Book One 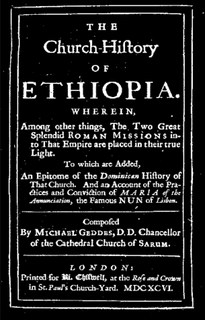 The Church History of Ethiopia [1696 A.D.] by Michael Geddes